We are delighted to share with you the news that Maddy Luckhurst, Year 7, has won an award for her creative writing.  Maddy received a trophy during the Easter break, which she has been proudly sharing with students and staff.

The Rotary Club’s National Young Writers Competition is a well-established and successful competition promoted by Rotary International in Britain and Ireland (RIBI).  It is a three-stage competition designed to support and encourage development of writing skills, creativity and imagination.

The competition is open to all schools and college communities including those that are home educated and other young community organisations.  There are three stages to the competition with the local heats, district finals, closing with the National Final where by one entry per age group per district is entered. 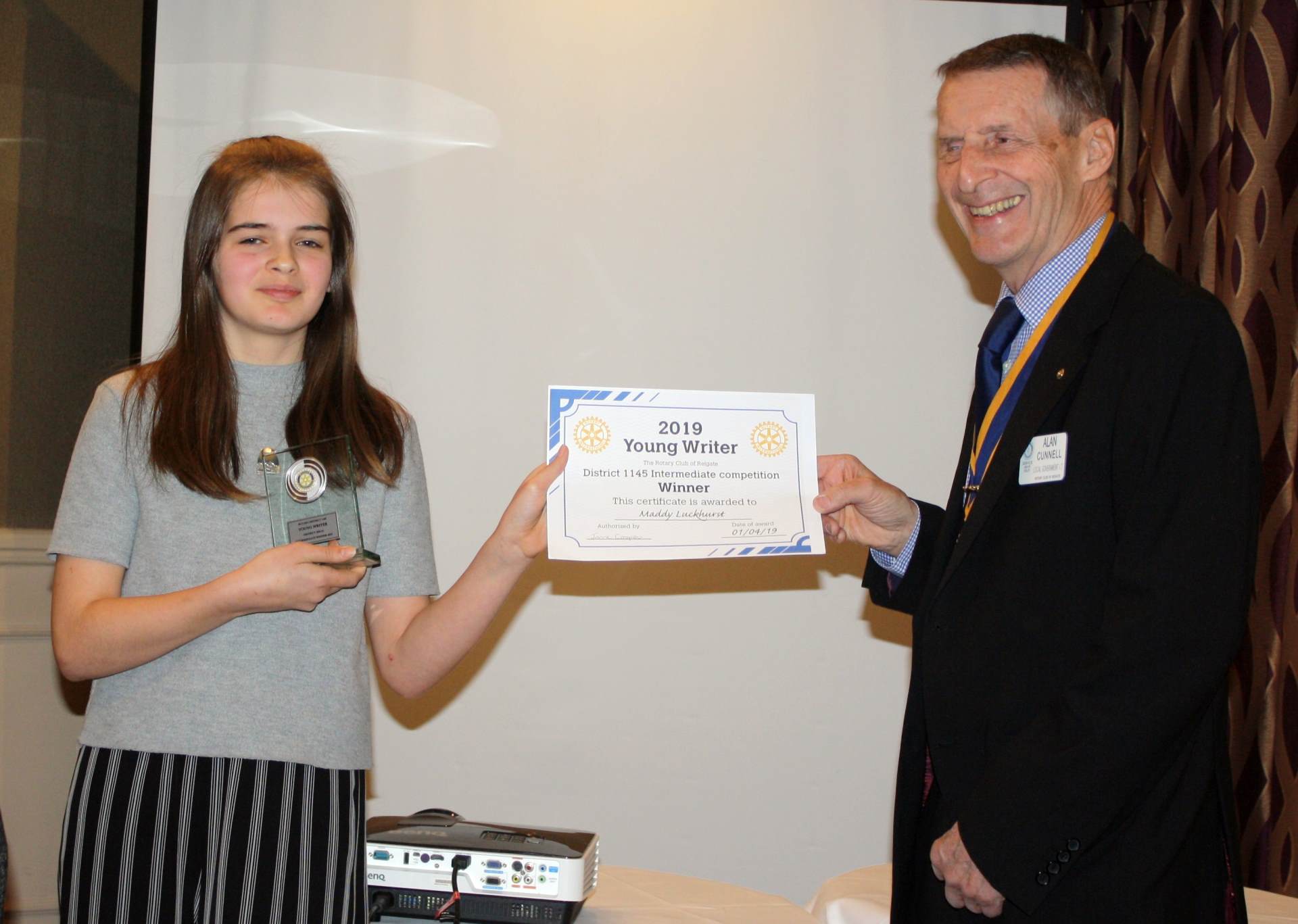 The theme for the piece was "My Inspiration." She has won the regional district award for the intermediate level and her piece has now been sent off to be judged in the national finals. As part of her prize, Maddy has the opportunity to read her piece on local BBC radio!

We would like to wish Maddy the best of luck with the finals.  Make sure to check back in the future for the results and details on the BBC radio broadcast, when this will be and how to listen!