The team worked together and played impressive matches finishing top in their group.  In the first round of competition they beat Cardinal Newman (1-0) and drew with Hove Park B (0-0). This put them through to the semi-finals, where they played Hove Park A and won 3-1.  The team then progressed to the final, where in a tightly contested match, they were unlucky to lose to a very good Blatchington Mill team 3-1.

Our congratulations goes out to the entire team, and especially to Aisha who was awarded player of the tournament. 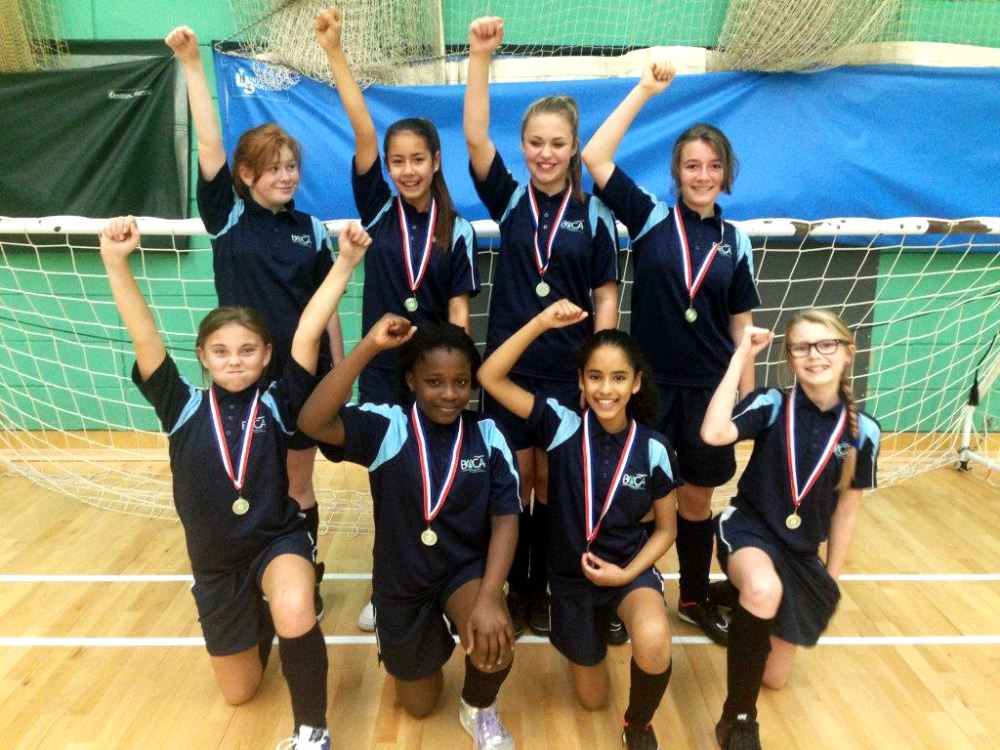