Whole School Assembly - If you were your own crystal ball

Whole School Assembly – If you were your own crystal ball

BACA kicked off this new academic year by rewarding students during a whole school assembly.  Students were congratulated for their achievements at the end of last year, along with incoming year 7 students receiving awards for their passion, determination and overall successes during our summer programme.  Students were encouraged to work hard and focus this year to continue making impressive achievements.

At the start of the assembly Principal Davies asked each student to imagine they were holding a crystal ball of their future in their hands.  He encouraged them to think about what they want for their future, what it will look like,  and then inspired them to work hard to follow their passions and make that future a reality.

Students were then invited onto the stage to accept the following awards: 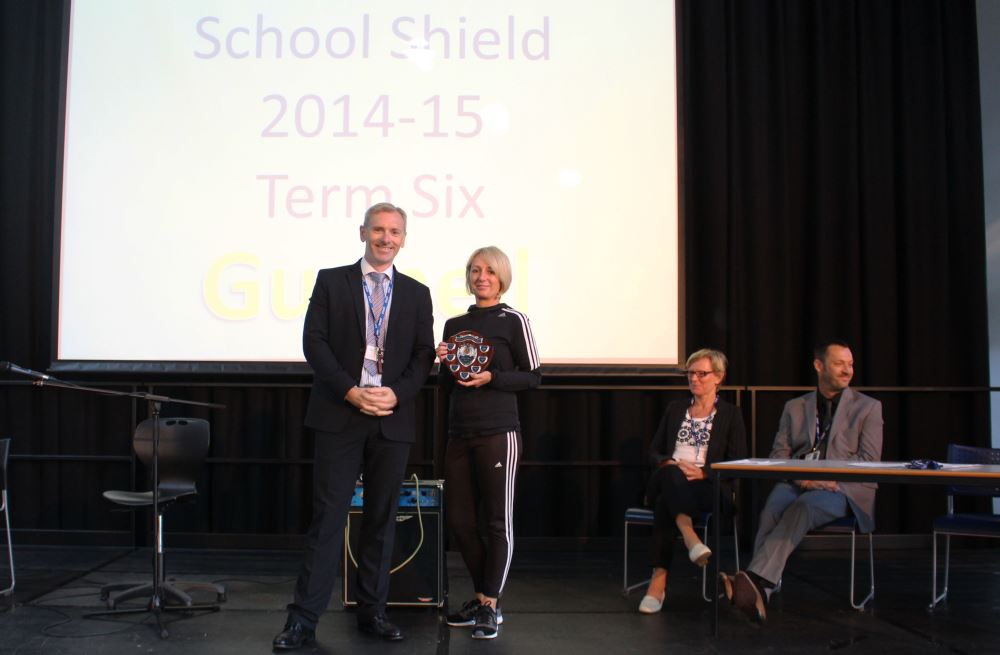 As a grand finale our year 11 band played a fantastic acoustic version of the Foo Fighters song Everlong before students returned to lessons.

Congratulations to all students who won awards.  We look forward to awarding more students at our next whole school assembly in November.