Up for an award

Up for an award

Staff nominated 48 students for well-deserved awards, which were presented on Tuesday 22 March at a whole school assembly.

The awards were for one of the entrepreneurial attributes at BACA (Creativity, Passion, Team Work, Risk Taking, Problem Solving and Determination) or a Social Action badge.

Five students from the sixth form were among the award winners. A breakdown of the winners by house showed there were 10 from Gunnell, 4 from Malala, 15 from Roddick and 14 from Volk. 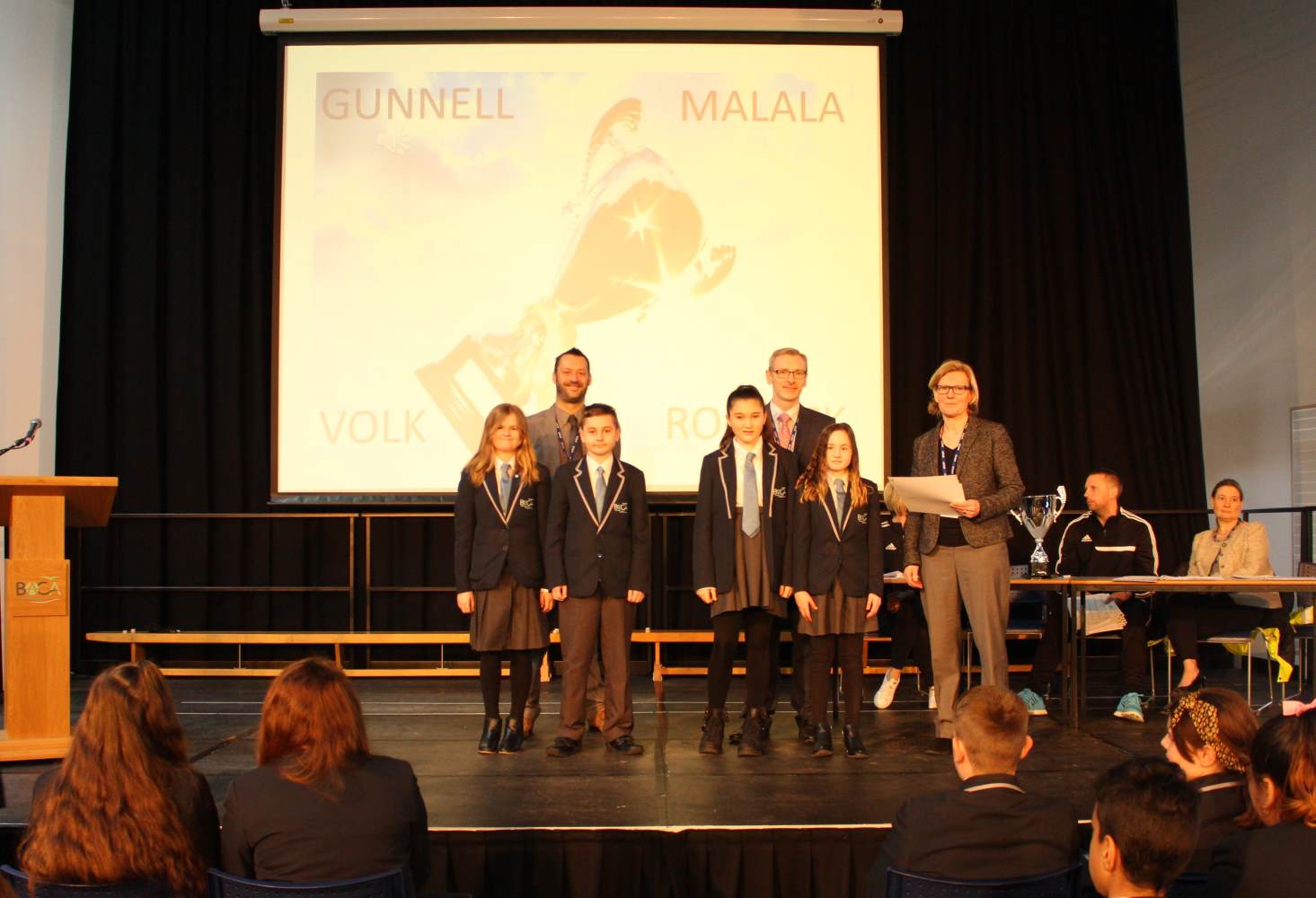