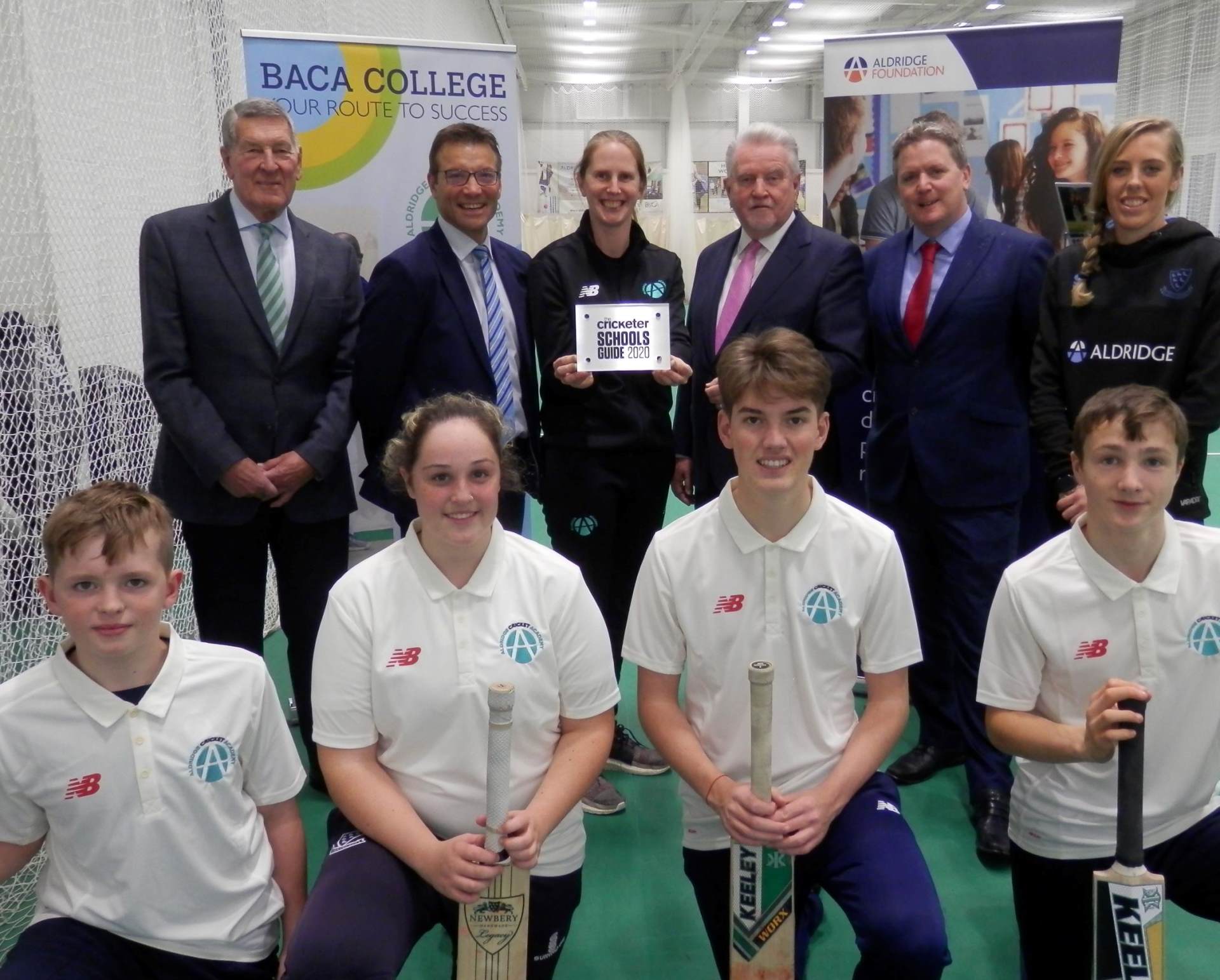 Sussex Cricket has today announced a new three-year partnership agreement between the county club BACA and the Aldridge Foundation.

This flagship partnership continues to see Sussex Cricket leading the way in giving children at state schools the chance to break into the top tiers of men’s and women’s cricket. For Sussex Cricket, BACA is the state school of choice for cricket in Sussex.

Lead Pathway Coach Ashley Wright is now the official coach for BACA’s new Junior Cricket Pathway, which offers students in years 7-11 a personalised programme of cricket activities that fit around their academic studies at the academy.

Sussex Cricket 1st XI coaches, James Kirtley, Ian Salisbury, Jason Swift and Head of Talent Pathway Richard Halsall will also have weekly involvement at the school from September as part of the new partnership, while Sussex coaches and players will be available for leadership workshops and 1-to-1 mentoring of students.

The partnership builds on the six-year relationship between the three organisations that began with the launch of the Aldridge Cricket Academy at BACA College, enabling students to combine high-level academic studies with an intensive cricket development programme.

Over 100 boys and girls from Brighton, Hove and across Sussex have experienced the programme to date. Graduates include current Sussex CCC player Will Sheffield; Tara Norris, a Sussex Women, England Under-19 and Loughborough Lightning player; Ariana Dowse, who has gone on to play for Hampshire Women; and Liam O’Brien, England Physical Disability Team Player and an England PD Cricketer of the Year.

Mike Atherton described BACA as “a beacon for the sport in the state sector” and praised the partnership with Sussex Cricket. The academy is just one of four state secondary schools named by the Cricketer Magazine in its top 100 Cricketing schools 2020. The square at BACA's Premier League standard playing facilities is maintained by Sussex Cricket ground staff.

Sussex Cricket Chief Executive, Rob Andrew said: “This is an outward statement by Sussex Cricket to be one of the first Counties to implement the recommendations of the England & Wales Cricket Board in its 5-year plan, “Inspiring Generations,” designed to address the dearth of organised cricket in state secondary schools.

“With its magnificent dedicated facilities, BACA fits the bill wonderfully and we have high hopes that it will provide an increasing number of high quality youngsters within the Sussex Cricket Pathway.”

Principal Bob Speight, said: “As Sussex Cricket’s state school of choice, we are excited to provide the same opportunities for boys and girls in local state schools to play the game and develop as those who go to independent fee-paying schools have always had open to them.”

“Whether starting secondary school, working towards GCSEs or in sixth form, this partnership with Sussex Cricket means that BACA students can combine their academic studies with top class cricket coaching in exceptional facilities. For parents there’s no compromise between academic studies and sporting development; no rush to get from school to training every day; and no school fees.”

Founder of The Aldridge Foundation, Sir Rod Aldridge added: “The Aldridge Foundation’s aim is to encourage students to be bold, independent and confident. We believe that sport, and particularly cricket, inspires young people to fulfil their true potential and develop the social, emotional and physical skills needed to thrive later in life.

“I am delighted to be part of such a ground-breaking programme with Sussex Cricket. I look forward to seeing even more BACA students playing for Sussex men’s and women’s teams – and hopefully internationally - in future.”

To find out more about BACA and how the academy can fulfil your cricketing and academic aspirations please click here to view our cricket prospectus.