Eight boys have been awarded places in the Sussex Cricket Academy for the 2018 season, including BACA student Will Sheffield.

Four of the intake retain their places from 2017, whilst four new faces are welcomed into the joint programme between Sussex Cricket and the ECB that is overseen by Academy Director and former Sussex CCC batsman, Carl Hopkinson. 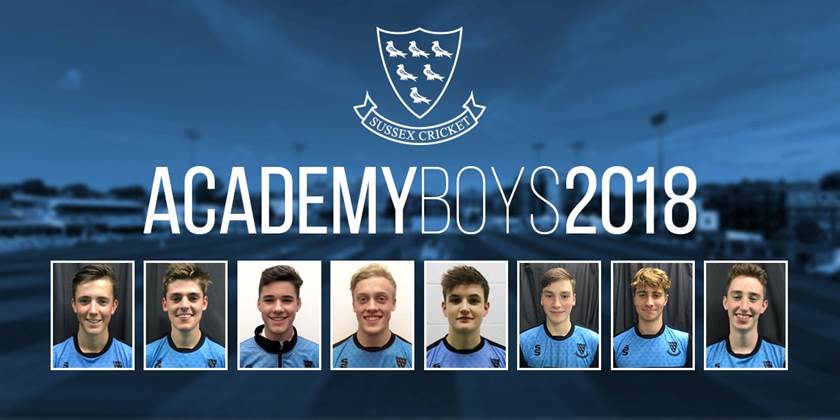 Will is a left-arm swing bowler who enters his first year on the Sussex Academy. Having been involved in district and area cricket for some time, Will broke into the county age-group squad in 2017 and impressed with his contributions to the Under-17s’ successful season. He averaged just 14 with the ball and displayed his prowess as a lower-order batsmen when he hit an unbeaten 76 in the final of the three-day Championship.

In his final year at BACA, Will is the first boy from the Aldridge Cricket Academy to move onto the Sussex Academy. Last year Tara Norris became the first girl to do likewise.

We’ve got a good mix of spinners, seamers, all-rounders and top-order batsmen and a good mix of age ranges across all these disciplines.

All those included in the 2018 intake played a part in the Under-17s success in the County Championship, which highlights the strength of this group of players”.

The announcement of the 2018 girls’ Academy and EPP intake will be made next week.