On 12 May, BACA hosted the Sussex County Cricket Club School Games Street 20 Tournament.  Schools from across Brighton & Hove competed in the games for a place at the National Finals.

BACA played incredibly well and were unfortunate to not make the final match, which could have seen them progress to the National Finals.

Well done to the boys, as a reward for their fantastic performance, the boys attended a Sussex County Cricket Club Match on 9 June.

“I walked into the hall and I felt like it wasn’t going to be easy. Our first game we played against Kings and played great. I took two catches and Zach took a number of wickets.

We played really well and the game ended up in a draw.

In our second game, against Varndean, we played amazing. Sermed took 3 wickets in one over and the whole team played incredibly well. Joe performed particularly well with the bat.

In our third game we played a very good Patcham side in what was a decider for a place in the final, despite the fantastic efforts we unfortunately lost in a very close game.

We then played Kings again for the title of runners up. The team performed really well and the game went down to the last ball of the innings that Joe hit for the winning runs, we finished 2nd in our group.” 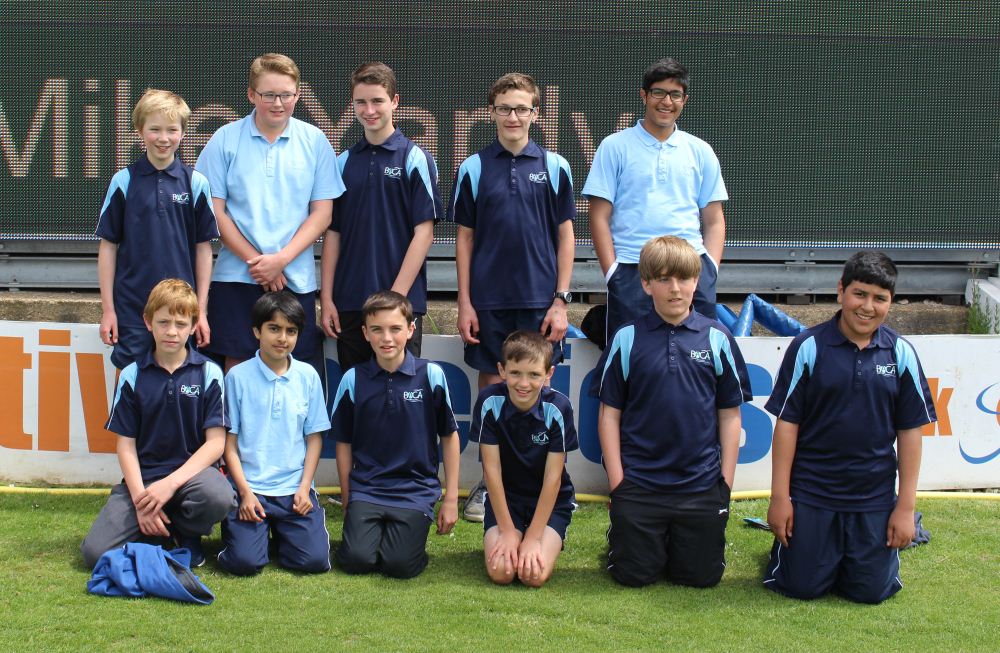