Students Shine in School of Rock: The Musical

Students Shine in School of Rock: The Musical 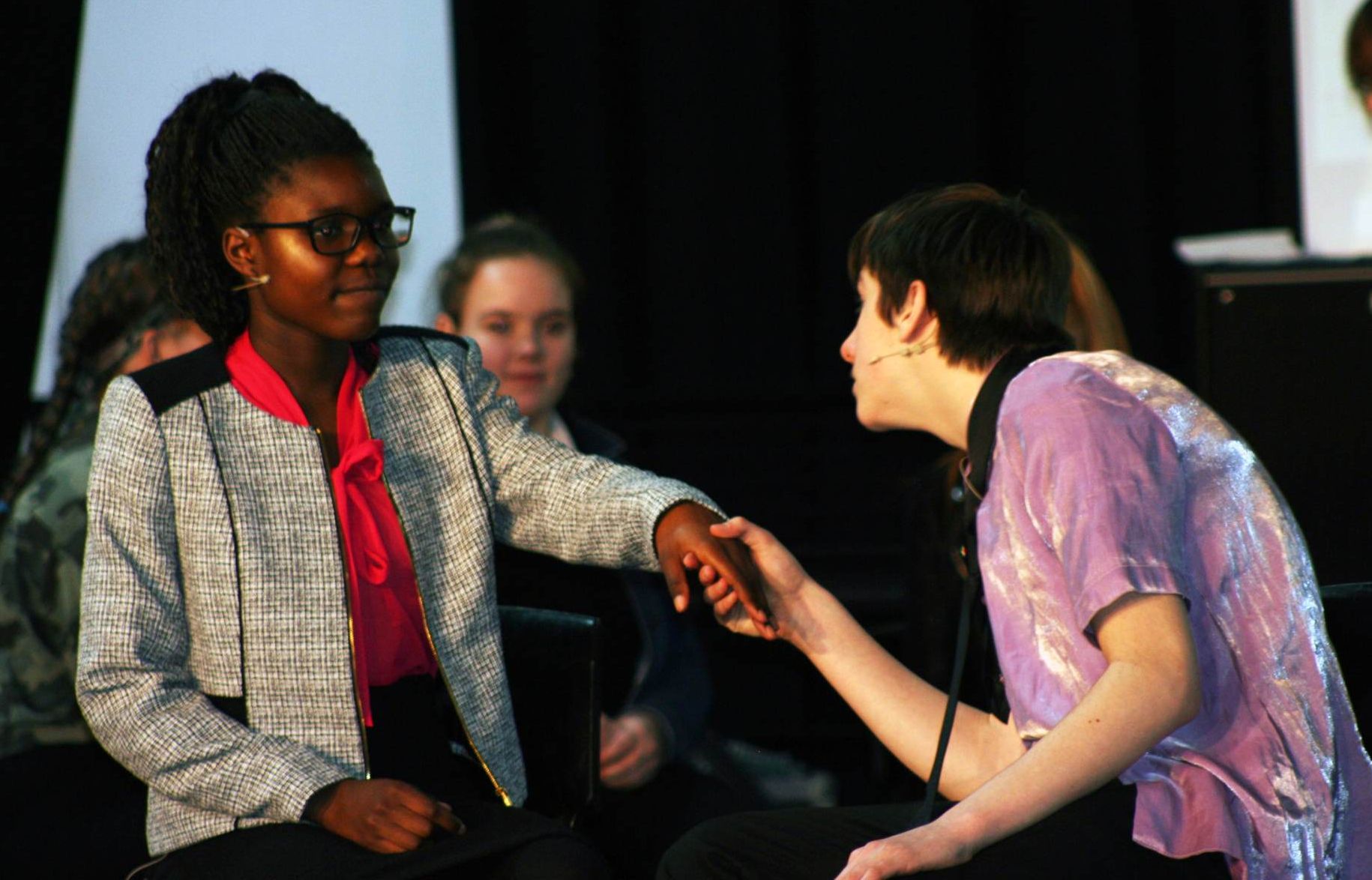 We would like to congratulate all of our extremely talented students who took part in the BACA production of School of Rock: The Musical on Thursday 28 and Friday 29 March, with an afternoon matinee and preview attended by local primary schools on Wednesday 27 March.

(Pictured right:  Logane Mboyi as Mrs Mullins & Rudie Goodsell as Dewey, the character made famous by Jack Black in the motion picture of the same name)

In the months and weeks building up to the performance the Head of Drama, Mrs Haydock directed and produced the show with the cast and crew working extremely hard, all attending extra rehearsals and giving up their free time to ensure the show was a great success.  BIMM students helped bring the music to life accompanying the action with a live orchestra, lead by the musical director and our Head of Music Mrs Mosely.

Wednesday’s performance was sadly cut short due to a time constraint, but in old show-biz fashion, “the show must go on!” and everyone involved pulled together to ensure the audience left in high spirits and wanting more. 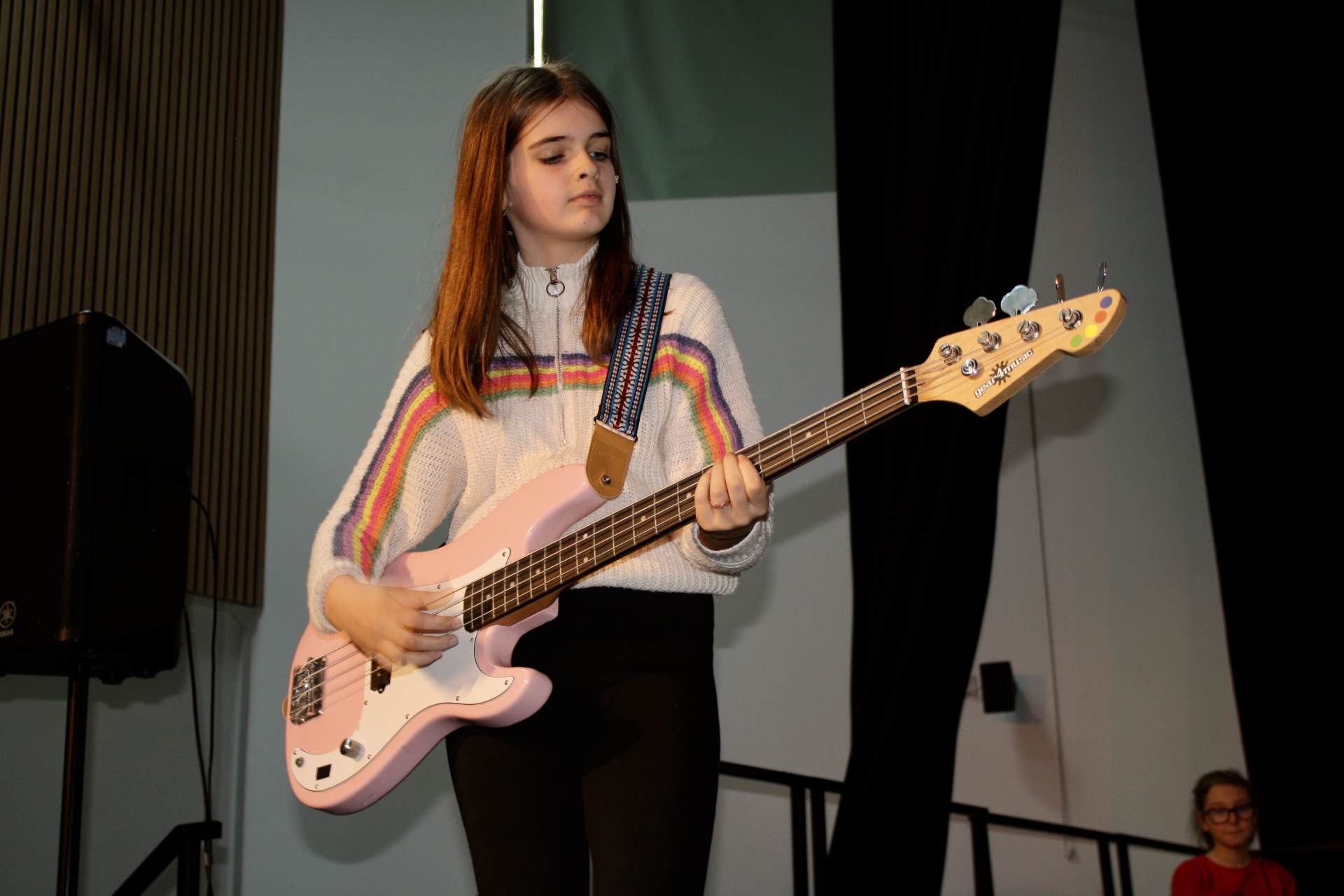 The production was received with high praise, with many of the primary school pupils returning with their parents and carers the following two nights.  Mr David Holloway, Year 5 Teacher from Elm Grove, applauded the performance and returned on Friday with his son to watch the show in its entirety.  Mr Holloway said; “The Pupils loved it, I went to see this up in London last year with my son.  Your pupils have done an amazing job, it was just as good!”

Maddy Luckhurst (above), who plays Katie the cellist turned bass player in the show said; “It was very exciting!  Everyone was very enthusiastic about it.  It was an amazing experience, I definitely want to do something like this again next year!”

One parent who came to support her child said it was unbelievable how much growth and confidence her daughter had shown in such a short amount of time.  She explained that the faith Mrs Haydock had in her daughter’s abilities and how she encouraged the students was incredible.

There’s no rest for the cast and crew however, who have been requested to revive the performance one last time on Wednesday 3 April, with a special performance for the primary schools who were unable to attend the preview the first time round. 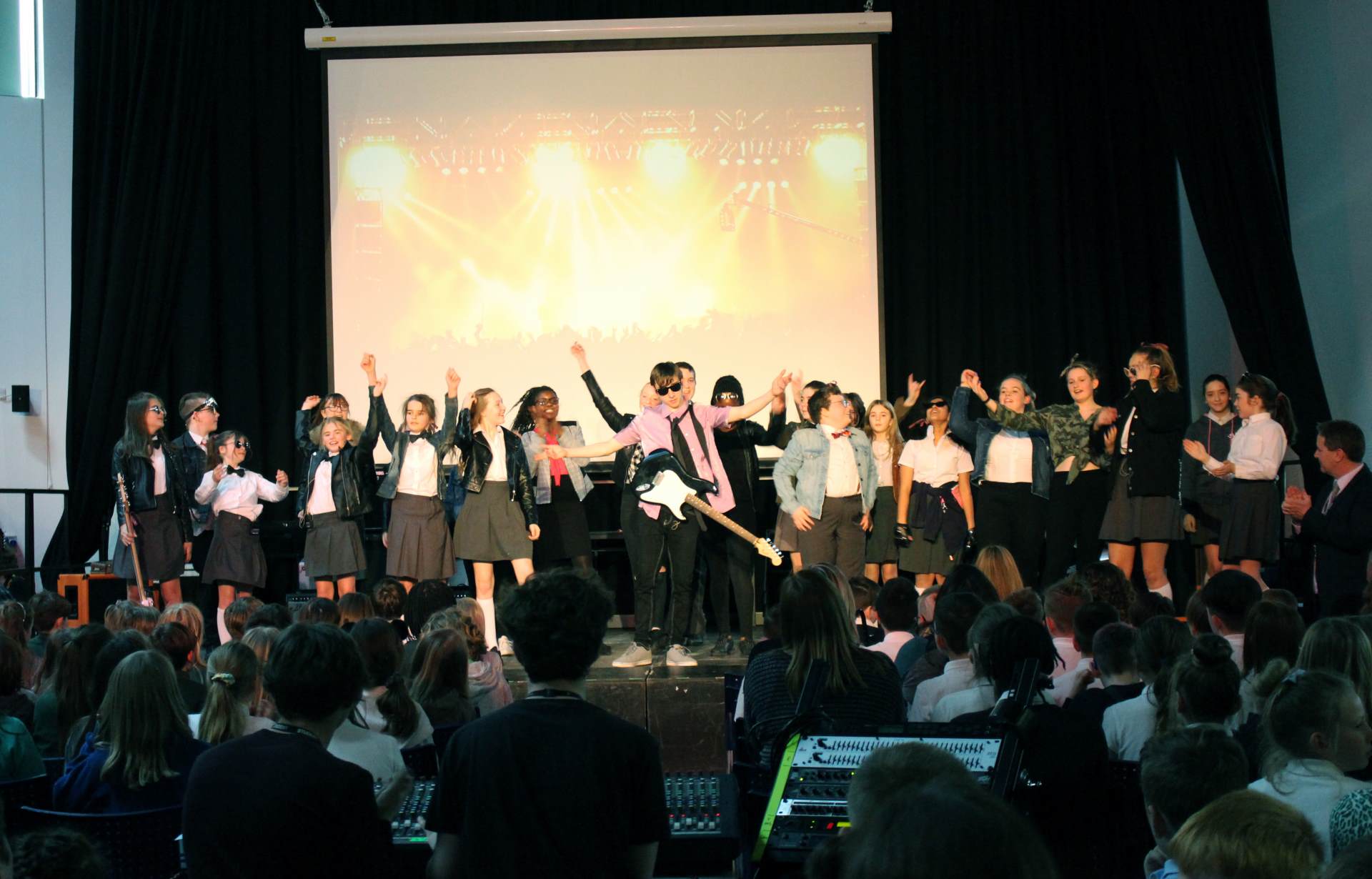