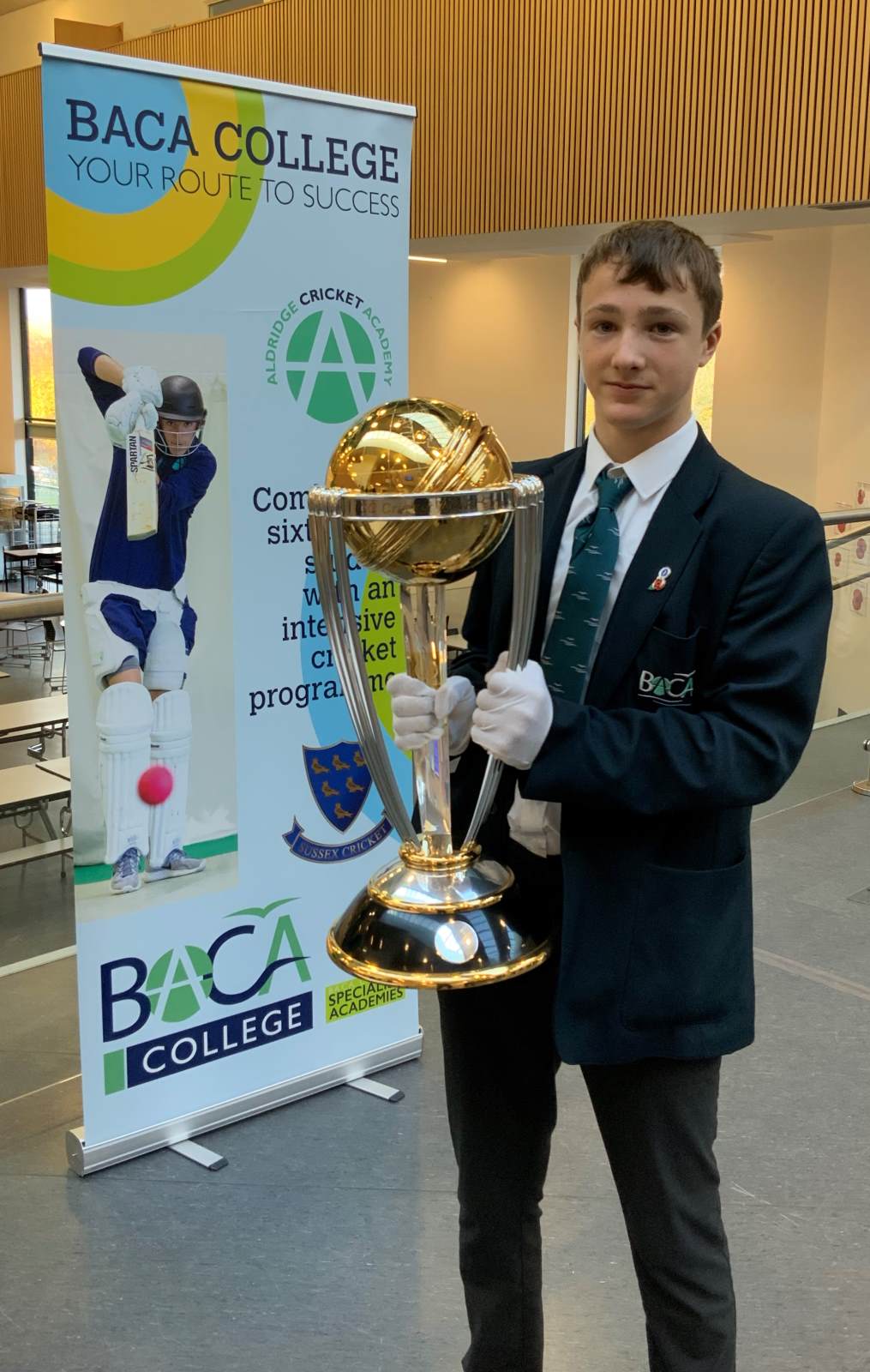 Our Aldridge Cricket Academy, a partnership with Sussex Cricket, has been highly successful since it opened in 2013. Former ACA student Liam O'Brien has represented England Physical Disability Team; Will Sheffield signed professional forms with Sussex in 2019; Tara Norris is a regular member of the full Sussex Women's squad; Ariana Dowse and is playing for Hampshire Women and Southern Vipers RDC; and Jordan Shaw made his debut for Sussex 2nd X1 this year.

Amongst those seeing what it feels like to lift the trophy were Year 9 student Frankie Cripps, who is on the Academy's Junior Cricket Pathway, and sixth former Steve Harman, who has represented Sussex U17 and was called up to the Sussex 2nd XI team in 2019.