Cary’s was awarded the sponsors prize for her hard work during lessons and positive attitude.  She had a great day out and describes the match below:

Brighton and Rotherham played at the Amex on the 25th of October 2014.  If I’m honest it wasn’t their greatest performance.  They were 1-0 up just before half time, Joe Bennett (30) scored a smashing goal for Brighton.  But when the teams came back from half time they didn’t play half as well, which was disappointing.  Rotherham scored not long after half time. Although it wasn’t Brighton’s best match it was still a good day out with my Dad. 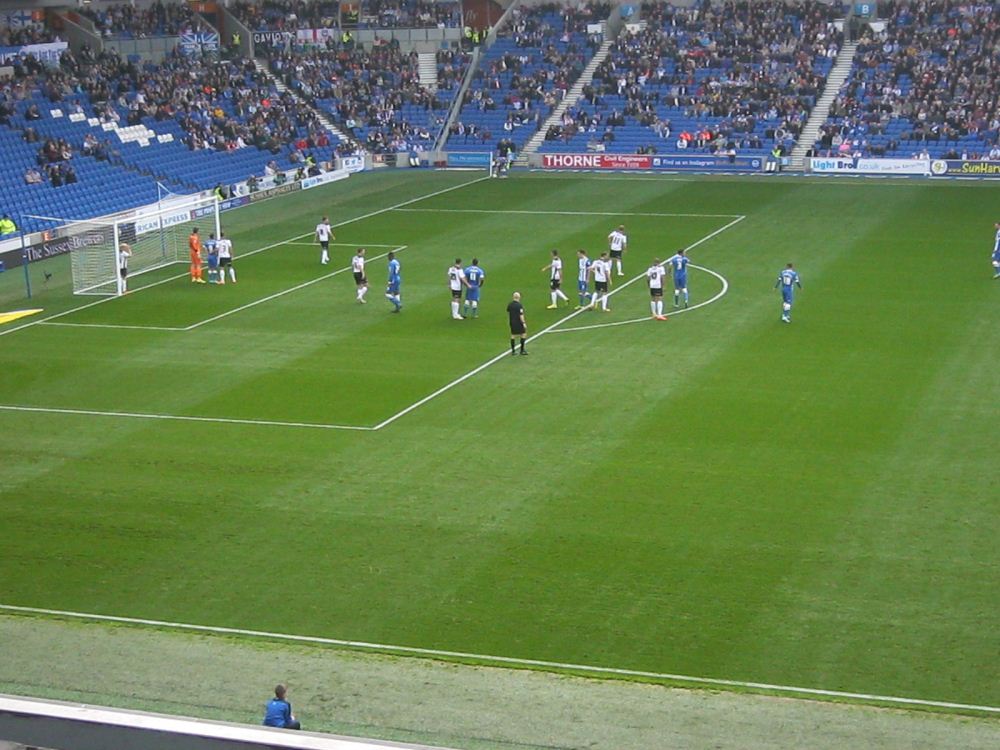