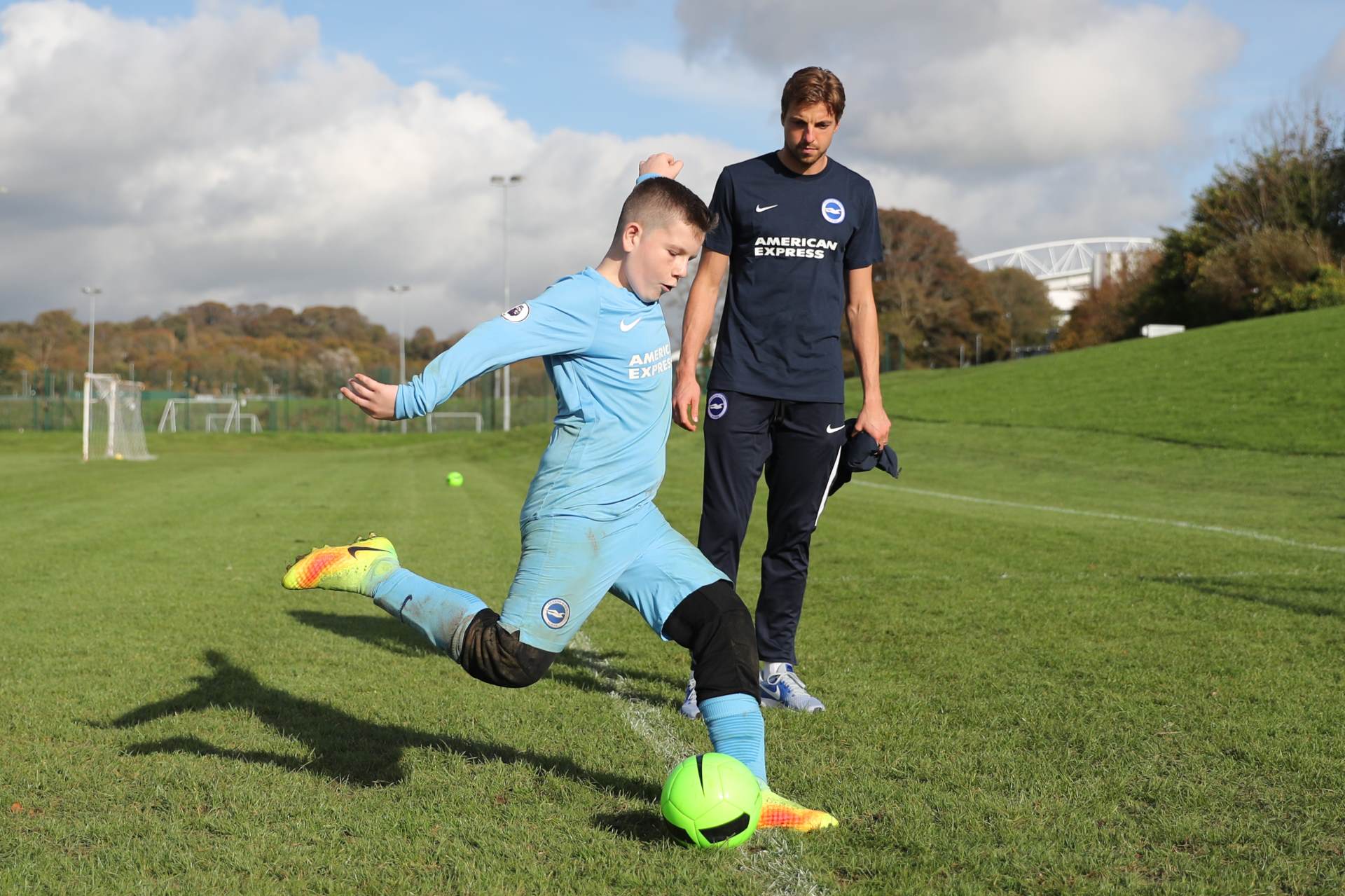 AITC provides free weekly football to young people in local areas of high-deprivation and in the last 12 months alone more than 2,000 people have taken part in one of AITC’s Premier League Kicks sessions across Sussex.

As well as the 40 regular football sessions, AITC also organises tournaments during each school holidays to give participants the opportunity to compete against players from other areas, with competitions recently held in Brighton, Eastbourne and Worthing.

Krul and Sidwell spent an afternoon offering words of encouragement and advice at this tournament. One young aspiring goalkeeper was given a one-to-one coaching masterclass by Dutch international Krul, while others took part in a penalty shoot-out led by Sidwell. The Albion stars then presented medals and trophies to the winning teams and players who had shown the best attitude throughout the day.

Martin Schooley, who oversees the Premier League Kicks programme for AITC, said having Premier League footballers coming along made a huge difference to the young people.

He said: “It was brilliant for us to be able to welcome Tim and Steve to our Brighton tournament. They were both absolutely fantastic and I am sure meeting two Premier League footballers is an experience our players will never forget.”