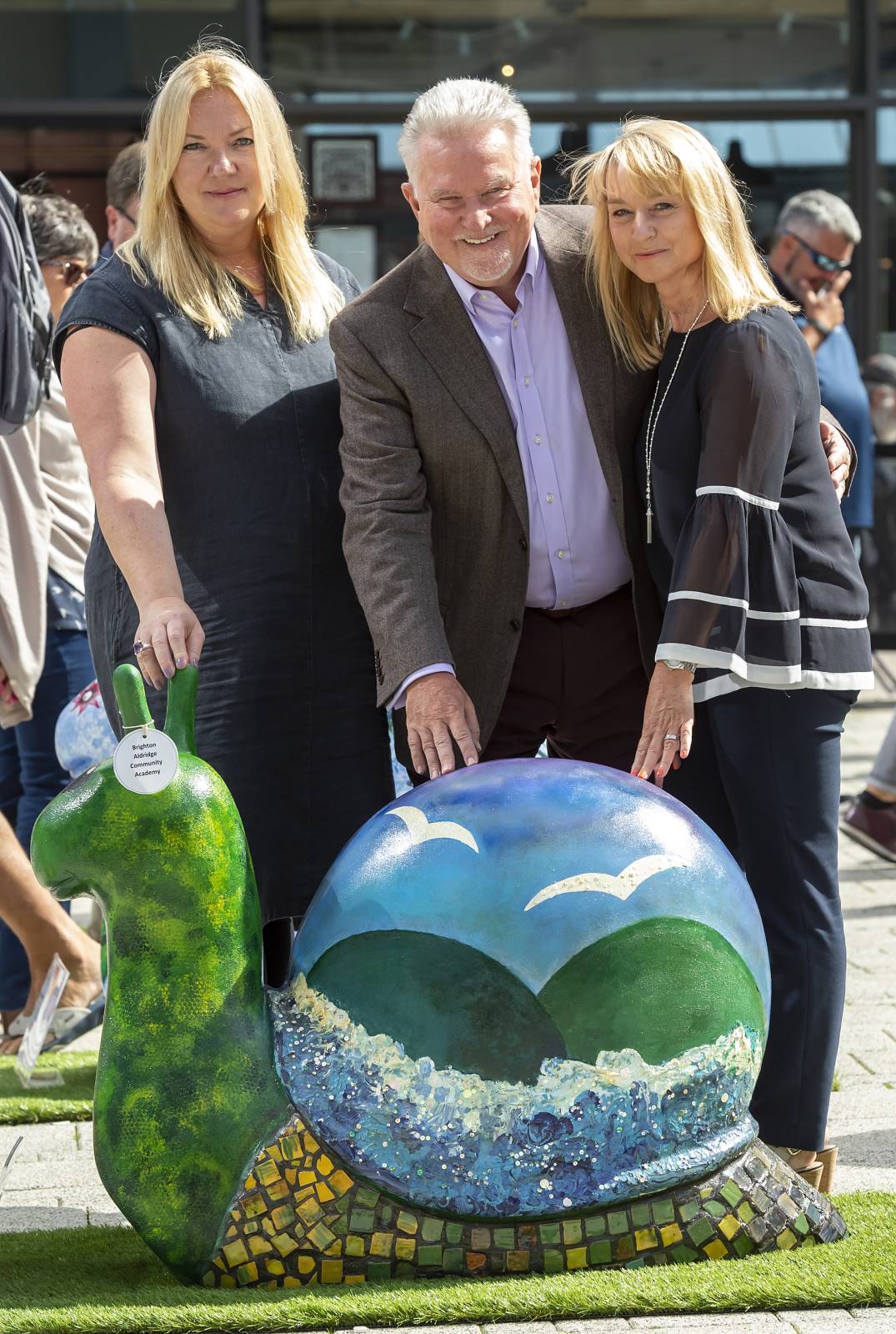 You may remember the very popular Snowdogs public art trail run by local hospice charity Martlets in 2016? Or seen its successor – a giant snail – around the Academy in the last few months?

This year’s “Snailway” will be launched this weekend with the giant gastropods, each decorated by a local artist, appearing overnight on Friday and Saturday across the city. This year the Aldridge Foundation has sponsored the Junior Snailway, which has enabled over 50 local schools, nurseries and youth organisations, including BACA and PACA, to decorate a mini snail, which have their own exhibition spaces having been placed in libraries, museums, in the Open Market, the Metropole Hotel and Martlets shops. That sponsorship by the Foundation has enabled the charity to have more than double the amount of schools taking part this year, which is fabulous news.

Each giant snail is auctioned off at the end of the trail to raise money for the Martlets. Schools taking part in the Junior Snailway have signed up to raise £750 each for the charity, and the Foundation, as part of this sponsorship gifted Junior Snails to Coombe Road Primary School and St. Peters Primary School who were unable to sign-up initially to achieve that target. In 2016 the Snowdogs public art event raised over £300,000 for this wonderful local cause.

You can find details for the trail at www.snailspacebrighton.co.uk and via the social media hashtag #BeMoreSnail. If you’re out and about “bagging” some of the Giant Snails, then please look out for the Aldridge Foundation snail, “The Trail of Treasured Memories”  by local artist Liam Smith, which will be in George St Hove. The design was chosen in memory of Sir Rod Aldridge’s mother, Doris, who passed away at the age of 101 last year. Doris Aldridge lived locally in Portslade and raised money for Martlets throughout her life.

We hope you have the chance to enjoy the trail and the city’s wonderful artists. It runs from this coming weekend until Sunday 18 November. Above is a photo of the snail decorated by BACA’s students and staff, which is on display in the Jubilee Library.