Jim May Announced as BACA's New Chair of Governors

Jim May Announced as BACA's New Chair of Governors 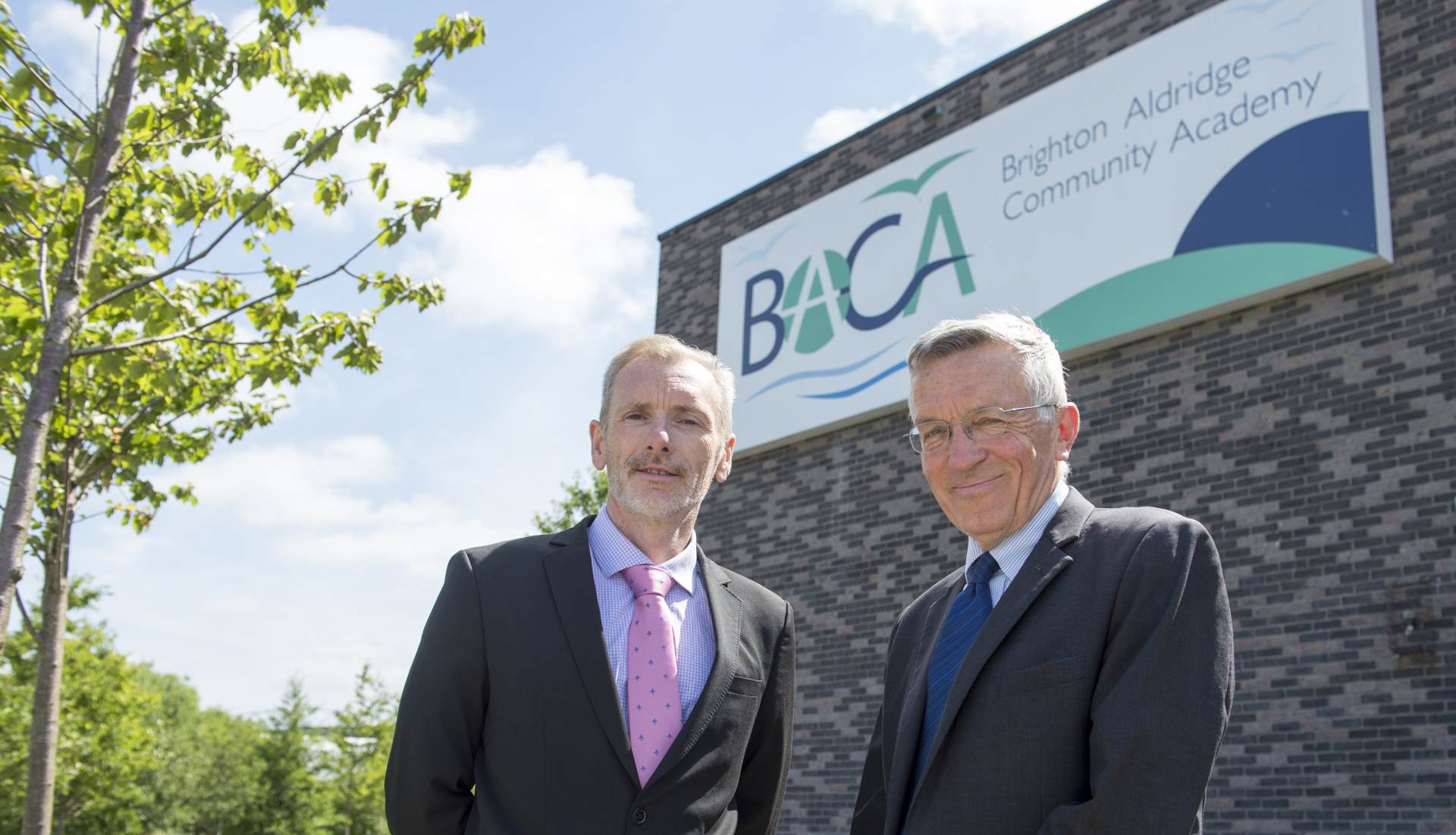 Jim May has been announced as the new Chair of the Local Governing Committee of Brighton Aldridge Community Academy (BACA). He succeeds Peter Kyle MP, who served as Chair of the Academy since its opening in 2010.

Jim May lives in Brighton and has served as Governor at BACA for six years, most recently as chair of the Business Committee. With a background in banking, Jim has many community links. He was Chairman of Shoreham Port, as well as being a local Councillor and serving on Boards in the NHS and a law firm. Jim is a Deputy Lieutenant for East Sussex and stood down as Chairman of Sussex Cricket in March after over eight years in role.

Jim May said "I am very proud to be appointed Chair of Governors at BACA and look forward to seeing the Academy progress in the future. I am really keen that young people are given the best opportunity to succeed in life."

“At this time I would like to pay tribute to Peter Kyle who was an excellent and committed Chair whilst fulfilling other public duties. BACA recorded its best set of GCSE results in 2016 and was rated "Good" in all categories by Ofsted in December under Peter's stewardship. The school has transformed, not just in its teaching and learning but also in the entrepreneurial skills students develop, how closely it works with local employers and the unique courses, from sports to digital media and construction, which we now offer.”

Peter Kyle MP said: “No one has more ambition for young people than young people themselves. At BACA they have a school that shares and celebrates that ambition and a team that strives every day to make it a reality.”

“Being part of that team from the very beginning and every step of the way since has been one of the greatest experiences of my life. I've learned so much, and been so inspired, by the ability of students and staff and leaders to overcome adversity and strive for excellence at all times.”

“The spark that ignited this remarkable effort came from Sir Rod and Aldridge Education. I don't yet believe we fully recognise just how profound their contribution to our city has been, but I do know that every student from BACA does and its impact will be felt for generations to come.”

“Even though I've stepped down as chair of trustees my commitment to this school is undimmed. In me they will always have the proudest of friends and the truest of champions.”