Sara Lingham and Bara'a Mohamed, now in Year 9, entered their 500 word stories on the theme of 'A Different Perspective," and were invited to a celebratory event on the Rotary Club's barge where they participated in a workshop by local writer and author of The Huntress Trilogy, Sarah Driver (below with Bara'a). 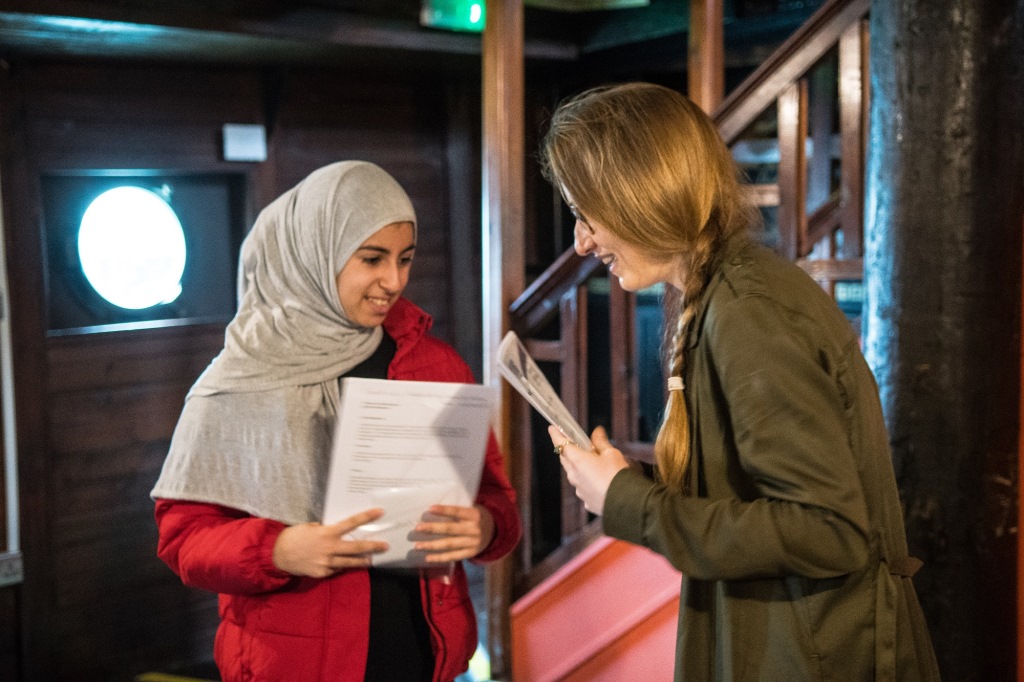 Bara'a won the competition and was subsequently asked to read her piece on BBC Sussex Radio and at the Theatre Royal as part of a celebratory event organised by the Rotary Club.

The competition is running again this year. Students have until the 12th December to submit a 500 word piece on the theme "My Inspiration."