Getting to know: Mr. Misenti

Getting to know: Mr. Misenti

The Brighton Aldridge Community Academy is committed to creating long lasting relationships between students, parents and school staff. We hope that you enjoy learning more about the wonderful people that work at BACA through these staff bios as we showcase both teacher and admin staff throughout the year. 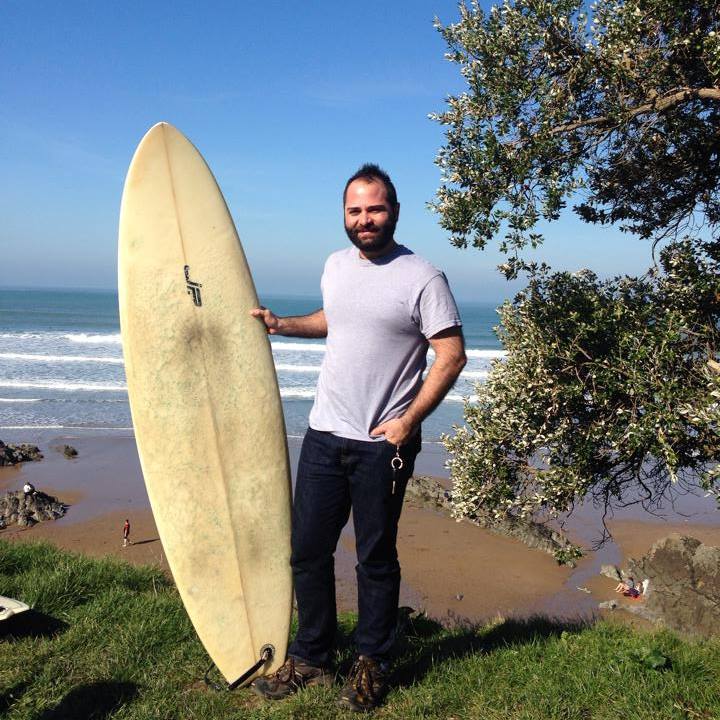 Mr. Misenti is the first staff member that we will profile this year and he is the director of learning for the creative faculty and he is also a teacher of media and English. Here is a photo of Mr. Misenti with his surf board.

Place of Birth = USA
Education = University of Connecticut (English BA hons and Political Science BA hons) / American University in Cairo (Ma in Political Science-International Relations) / University of Exeter (PGCE)
Position =  Director of Learning - Creative Faculty, Teacher of Media and English
Favourite food = Lobster
Favourite TV show(s) = Star Trek / Galactica / Breaking Bad
Favourite Sport = Surfing
Mr. Misenti's career spans the globe, having taught at primary, secondary and university level in the USA, Taiwan, Egypt, Vietnam and the UK. He is originally from the United States, where he earned his BA in English and in Political Science.
Whilst teaching in Taiwan Mr. Misenti studied Chinese and subsequently went on to earn an MA in Political Science as a Fellow at the American University in Cairo. It was in Cairo, during the Egyptian Revolution, where his love of Media began. He documented the riots and police brutality as a freelance photographer and was published in international media. After a year teaching at a British international school in Vietnam, Mr. Misenti came to England and earned his PGCE from the University of Exeter. He started his post at BACA in September 2013 and is looking forward to many years of working with creative, successful students at the BDMA.