Walker steps up from her role as assistant coach to replace Jimmy Anyon who stepped down as head coach at the end of the 2018 season, while Cox replaces Jason Swift whose attention is now focussed on the men’s first-team squad.

As well as assisting Walker with the coaching of the senior side, Cox will also assume responsibility for the Sussex Girls Academy and Elite Player Pathway (EPP) programmes, which are run in association with Sussex Women & Girls’ sponsor, the Aldridge Foundation. He will continue to coach the county’s under-15 and under-17 squads.

Sussex Cricket’s Women & Girls Development Officer, Charlotte Burton, will continue to be responsible for Sussex’s squads at under-14 level and below.

The most capped player in Sussex Women’s history, Walker won six County Championships during a playing career that lasted more than 20 years.

Walker also has a wealth of experience in the first-class game having also been the assistant coach to Loughborough UCCE and the Performance Analyst for Leicestershire CCC.

Commenting on her latest appointment, Walker said: “It is an absolute honour to be named head coach of the Sussex Women’s team. Having been involved in various capacities with Sussex Cricket for 25 years, this is one of the most important roles I have undertaken, and I am very proud.

“To get the opportunity to work with such a talented and committed group of players is incredibly exciting. The team, led superbly by Georgia [Adams, Sussex Women’s captain], set the marker last season for the type of cricket they can play and I know they are all very determined to keep on winning and inspiring the younger Sussex players.

“With England representation and nine players involved in the Kia Super League this summer, Sussex continue to have a proven track record of developing outstanding players. The appointment of Ian Cox to oversee the development of the younger players and as my assistant only strengthens this infrastructure even further. Together, we are both really looking forward to helping Sussex achieve even more.”

He said: “I’m delighted to be given the opportunity to run the Academy and EPP programme and continue the great work that Jason [Swift] has done over the last couple of years. With my role as assistant to Alexia there is a clear link from our age-group pathway through to our senior squad.

“It’s a really exciting time to be involved in the women and girls game and our aim is to produce players that not only represent Sussex but ultimately England in the future.

“We are very fortunate to have the support of the Aldridge Foundation. The facility we have at the Sir Rod Aldridge Cricket Centre at the Brighton Aldridge Community Academy is first-class and will help us deliver the best possible programe to develop the girls.” 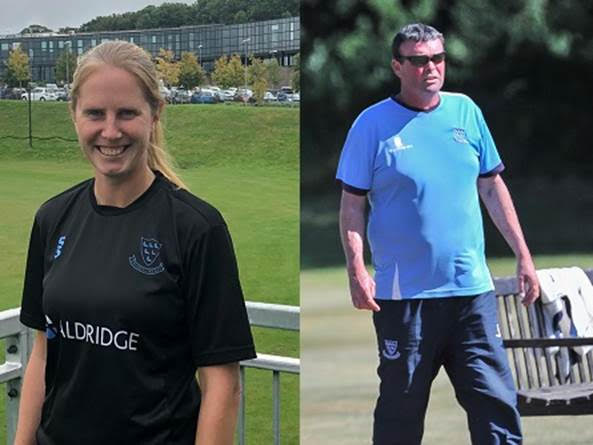