Feedback from this will be taken into account by Brighton & Hove City Council when it formulates concrete proposals later this year for changing the system as of September 2018. These will be the subject of formal consultation in the autumn.

Residents wishing to find out more and give their views can do so via the council’s website.

A series of public information events is also being arranged. The following have already been scheduled:

Details of further events will appear at the venues chosen and on the council’s website.

The need for change has been triggered by two key factors. One is rising demand for school places at secondary level, and the other is the University of Brighton’s proposal to create a new secondary free school in the eastern central area of the city. The current system uses a combination of catchment areas and a range of published admissions priorities to determine how places are allocated.

However, as of September 2018 the projected rise in the number of secondary age pupils means that in some catchment areas there will be too many pupils for the places available.

The council wants your views on three catchment area options. They are:

“Over the next few weeks we want to get people’s views on the general principles of how they think secondary school catchment areas should work in future. The feedback we get from this engagement exercise will help us draw up concrete proposals on a street-by-street basis that will be subject of a formal consultation process in the autumn. No admissions system will please all parents, but our aim above all is to arrive at a new system that is as fair as possible to as many parents and children on a city-wide basis.”

Department for Education rules state that any decisions on changing the admissions system as of September 2018 need to be made by 28 February 2017. 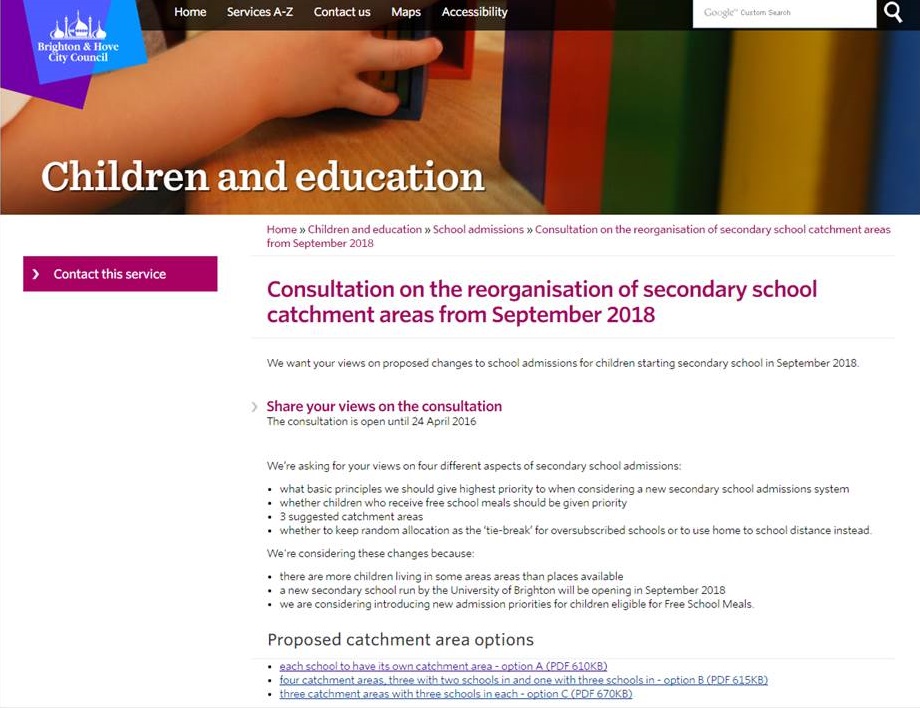