Thursday 21 July saw BACA’s last Whole School Assembly for the academic year with an address by Principal, Mr Davies, highlighting the fore coming Olympic Games and The Paralympics in Rio. Mr Davies shared an inspirational video promoting the Paralympic games and some of the amazing feats of strength, power and speed by the athletes shown. Mr Davies used the example to share some of his sporting heroes and the passion they awoke in him to try harder and always do his best.

This inspiring talk was followed by a performance by student Amy Walker who sang Suitcases accompanied by Mr Ellison on keyboard. The whole school sat in silence mesmerised by Amy’s haunting tone.

The Junior Leadership Team (JLT) then gave a short presentation highlighting their achievements over the last year, from hosting a visit from German students to carrying out student consultation about making Brighton a Fairer city, from overseeing the mock EU Referendum to consulting students on the new timings for the day. The students concluded by presenting four new members with their official JLT ties and pins ready to join the team officially from September.

The Entrepreneurship awards were then handed out to students from each school nominated by staff for either teamwork, problem solving, creativity, risk taking, passion or determination. This was followed by announcing the winner of the school cup for term 5, which was presented to Roddick, only to be handed straight back to Malala, who were winners for term 6.

The assembly then ended with a tribute to Mrs Gladwin who after more than 25 years in education and 5 years at BACA will be retiring from her role as Deputy Principal. The whole school were on their feet to clap along to Mrs Gladwin’s favourite song, “Thank You for the Days” by the Kinks. Mrs Gladwin has been an inspirational leader who works endlessly to make the academy an extra special place to be for both staff and students alike.  She has worked tirelessly with students to ensure their time in school is the best possible, working with a wide range of agencies to change the lives of some of our most challenging students for the better.

Dawns positive improvements to behaviour is clear throughout the academy. Dawn has worked with families and students with troublesome backgrounds.  She is extremely committed and has made a huge difference to students and families across the years she has worked at BACA.  Her knowledge is so well respected across the city and she is a key player/leader for students with Special Educational Needs. 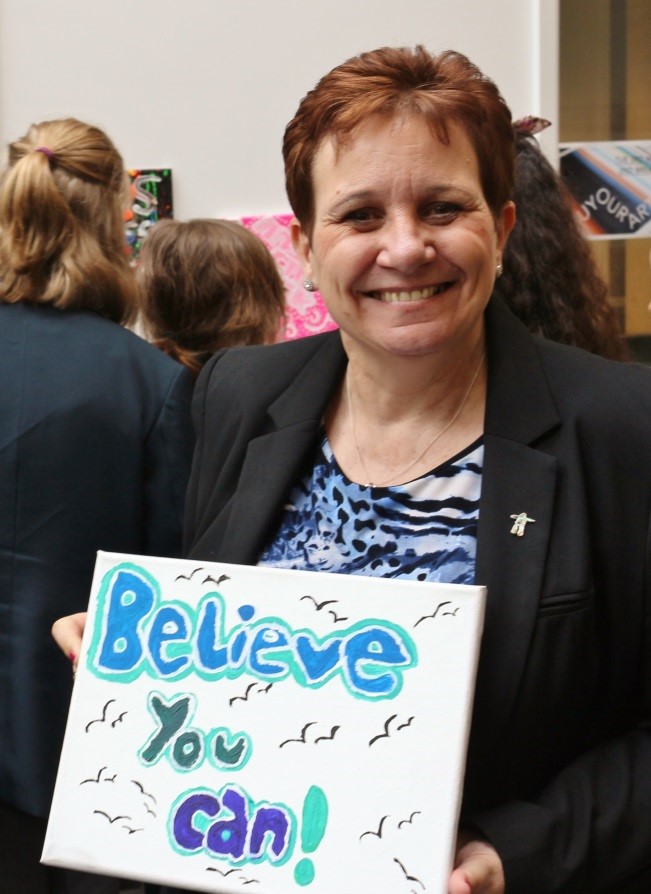