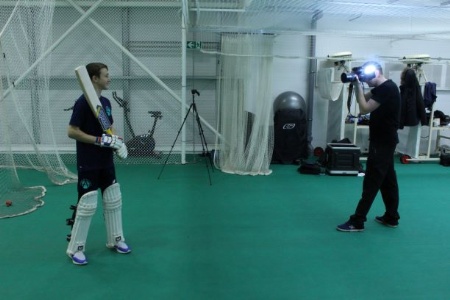 Team of cricket writers and experts have come to the academy today to test the latest cricket bats, balls and equipment ahead of the new season.

The Cricketer Magazine publishes its Club Cricket Guide every spring, reviewing products from all of the leading manufacturers around the world. Following BACA being named amongst the magazines Top 100 schools for cricket in the country in November the The Cricketer chose our indoor school, the Aldridge Foundation funded Sir Rod Aldridge Cricket Centre, as the venue for this year's testing day.

After the testing was complete Notts and England one-day specialist Samit Patel and former Notts cricketer Jim Hindson, a director of the Cricketer gave a masterclass to a group of our cricket students.

The Guide will be published next month.