BACA Sports Praised In The Times By Mike Atherton

BACA Sports Praised In The Times By Mike Atherton 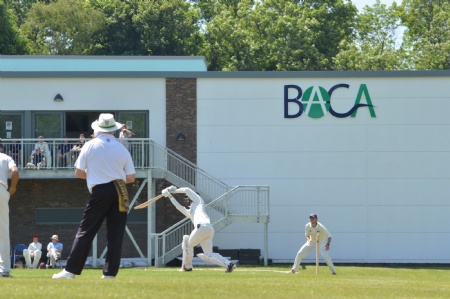 In today's Times Newspaper ex-England captain Mike Atherton says "BACA stands as a beacon for the sport in the state sector".

In his article "The state school that every county needs for a brighter future" Atherton praises our partnership with Sussex Cricket that is giving local children the chance to play and excel at sport without having to attend a fee-paying school.

In an article looking at how difficult it is for children who attend state schools to break into the top levels of the sport, the former test cricketer highlights BACA's partnership with Sussex Cricket and the Aldridge Foundation as a template for others to match.

You can view the article here, or read below

To find out more about our cricket programme please visit www.baca-uk.org.uk/Cricket

“Years from now, when historians look back at the events of 2020, they are likely to identify Covid-19 as the trigger for profound change. It may well precipitate rapid social and economic transformation similar to that which followed two world wars,” said, Simon Henderson, the head master of Eton, in an interview in The Times.

The England Test squad that returned prematurely from Sri Lanka in March was a reflection of the narrow talent pool from which this country’s professional cricketers are drawn. Ten of the sixteen players, a little over 60 per cent, were educated at private schools for some or all of the time, against a population-wide figure of 7 per cent. The youngest and most promising, such as Dom Bess, Zak Crawley, Sam Curran and Ollie Pope, were all educated privately.

Who can really say what a young player’s key influences are, though? It is unlikely, for example, that Joe Root would single out his short time as a cricket scholar at the fee-paying Worksop College as pivotal to his career. Root was a product, principally, of family and club and Worksop was piggy-backing on that, and now share some of his reflected glory, and skew the statistics. Nevertheless, the preponderance of privately educated cricketers in county pathways cannot be lightly dismissed.

Cricket is a game that has high barriers to entry. It can be complex and expensive, requiring infrastructure and facilities, and without family involvement and interest it can easily pass you by. More than likely, if it has passed you by once you reach secondary school age, and that secondary school is not fee-paying, you will be lost to the game as a player. The non-selective state sector has slowly retreated from the game to the point where of The Cricketer’s top 100 cricket-playing schools, only a handful are from it.

One of those on that list, proudly bucking the trend, is Brighton Aldridge Community Academy (BACA) where a curriculum enriched through cricket — serious and competitive cricket with a full fixture list against local private schools and overseas tours to South Africa, Sri Lanka and the like — stands as a beacon for the sport in the state sector. Through a mutually beneficial partnership with Sussex— they announced a three-year partnership in March — the aim is to revitalise the sport within the county’s state sector.

Sir Rod Aldridge, the founder of the FTSE 100 company Capita, whose Aldridge Foundation was an early sponsor of academies under the Blair administration, hopes that such a programme can be replicated at scale across the country. BACA is one of 12 academies, all of which are based in pockets of the North West, London and the South East, under the Aldridge Foundation banner, £12 million from which has helped to unlock £300 million in capital from the Department of Education.

Such academies have fewer constraints on educational provision, a first and

necessary step for the kind of broad and rich curriculum that a commitment to sport and the arts requires. Aldridge’s own failure to pass the 11-plus, and his subsequent desultory experience in secondary education, has inspired him to contribute to schools that have these ambitious co-curricular aims, which clearly show benefit to pupils, many of whom come from challenging circumstances.

BACA sits apart because of its focus on cricket specifically, with a privately funded state-of-the-art indoor facility and outdoor facility of Premier League standard, sitting alongside the school’s educational provision. A sixth form cricket-academy programme has been running for five years, through which 120 cricket scholars have benefited, and has now been augmented by a junior pathway programme for 11 to 15-year olds. Academic achievement enriched by a serious commitment to cricket is the aim.

Productive partnerships throughout are key. Initially founded on such a partnership between the Aldridge Foundation and Department for Education, BACA requires the teaching cohort to buy into the desire to broaden the educational provision. Cricket is introduced initially as part of the PE programme, and after-school clubs reinforce what may be a first sighting of the game.

For those who become committed and for the cricket scholars, a three-lane indoor cricket and training centre, outdoor cricket ground and first-class coaching and training, provide opportunities of the type privately educated and professional cricketers take for granted. Aldridge sent his children to Charterhouse where, he says, cricket was integrated into the weekly routines of the school, through house games and competition, and he wants to see that replicated at BACA.

The cost of this serious cricket provision clearly sits beyond normal educational resources, which is where partnerships with the private sector, Sussex and MCC come in. Aldridge and a generous private donor raised most of the £1.8 million required for the indoor centre. The cost of the integrated partnership, which includes the provision of a well-attended women and girls’ development programme for Sussex, along with coaches, maintenance of indoor and outdoor facilities at BACA, requires a further £200,000 per annum, raised by the Aldridge Foundation and the same generous private donor who contributed to the indoor school.

Sussex provide coaches, helped to lay the square at cost, assist with the maintenance of facilities, use BACA as its hub for women’s cricket, benefit from a centre to concentrate its All Stars (5-8 year old) and Dynamos (8-11 year old) programmes and has a ready-made supply of cricketers joining its county pathway. There is time cost, but no real financial cost to the county club, which, through Keith Greenfield, the director of cricket, Richard Halsall, the academy director and Rob Andrew, the chief executive, is committed to broadening Sussex’s intake to the professional staffs for men and women. Will Sheffield, in his second year as a professional at Sussex, is a BACA graduate.

As an accredited MCC foundation hub, the facility is also open to a programme for state-educated cricketers from outside BACA and is hugely oversubscribed. Through these partnerships with a cricket academy, a county club and MCC Foundation, one cricket-focused state school can induce a ripple effect for the sport across a county.

Clearly, cricket’s retreat from state schools has been so stark, it would be hard to imagine any immediate return to the situation I enjoyed in the state primary sector in Manchester in the late 1970s, where every state primary school played cricket competitively. Cost, lack of facilities and teacher’s time constraints are very real barriers to progress, but it would be a start if every county was able to replicate one hub such as the one at BACA in Sussex. Eighteen such hubs, one across each first-class county, is a reasonable ambition.

The hurdles are enormous, of course, maybe increasingly so post-coronavirus, given the cost to the game (upwards of £380 million if the season is lost in its entirety, according to Tom Harrison, the ECB chief executive) outlined on Tuesday. But the points made by Henderson stand and this pandemic has given everyone time to think and reset.

The ECB’s Inspiring Generations document is committed to broadening the game’s appeal. If productive partnerships such as the one enjoyed between BACA and Sussex can be imitated, and if enough private investment can be found post-COVID 19, the sport could begin to regain a foothold into a vital, underrepresented sector. That would benefit the sport, society and education as a whole.

As Henderson said in these pages on Saturday: “We need to get away from league-table and exam-obsessed education and back to a more rounded idea of education. This lockdown has reinforced that we don’t want children just to learn facts and figures. They need to have emotional intelligence and hobbies to help develop empathy, resilience and the ability to cope with setbacks.” Few things develop these character traits as well as sport.