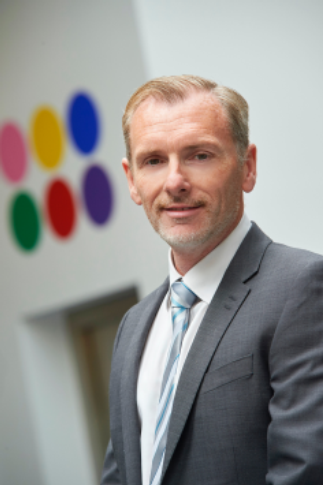 Brighton Aldridge Community Academy (BACA) students, staff and partners have said goodbye to Mr Davies, who leaves the academy at the end of the spring term 2018 to take up a new position as one of Her Majesty's Inspectors of Schools.

Mr Dylan Davies is one of the longest serving secondary heads in the city, having joined BACA in January 2014.  He will be succeeded by Mr Bob Speight, currently Vice Principal at Ark Bolingbroke Academy in South West London, who has been appointed as the school’s next Principal and will be joining the Academy in June.  Until then Vice Principal, Mrs Janet Tremble will be Acting Principal.

Aldridge Education Trustee Sir Rod Aldridge was at BACA recently to personally thank Dylan Davies for his contribution to the Academy.  Speaking at a reception for the outgoing Principal given by Brighton and Hove Mayoress Councillor Mo Marsh at Brighton Town Hall, Sir Rod thanked Dylan Davies for his great contribution to the growth of the Academy over the last four years:  “BACA achieving Ofsted’s Good rating; the significant increase in the number of students coming to the Academy and selecting it as first choice; and the partnerships that BACA has built with local schools, companies and performing arts organisations reflect the success of Dylan’s very human approach.”  Chair of Governors Jim May also said a few words to thank Dylan for his time at BACA.

Speaking at the same event Dylan Davies said:  “School is where you learn to be part of the world as it is now and it is also where you imagine what it will be like when you we are older.  What I have really enjoyed about working in BACA is that we have tried to explore the many ways creative teachers and staff can allow young people to explore today, yesterday and tomorrow.”

“The Aldridge attributes encapsulate this ideal for me.  Teamwork, creativity, risk-taking, problem-solving, passion and determination are to me fundamental to success in the world of yesterday, today and tomorrow.  I know BACA will continue to develop and investigate how these key attributes fit into the day-to-day running of modern day schools and how they become the language of learning and success for all BACA students.”