On Wednesday 22 June all BACA students took part in a mock EU referendum led by the Junior Leadership Team. Students worked together to create an informative presentation including an interview with History teacher, Mr Lelliott, to highlight the key issues and clips from the CBBC website outlining the background.  Students were then asked to take part in an election process and select whether they would choose to leave or remain in the EU.

It’s essential for young people to join in the discussions the country is currently having. Although they are not at the age where they can vote it’s important to take them through the exercise of voting in the hope that they are more likely to do so in the future. Miss Silsby, Community Manager

After all votes were cast the Junior Leadership Team checked and counted each vote to determine the final result.  BACA students voted and the results are as follows; 38% leave and 62% remain

The aim of the mock vote was to raise awareness of the referendum and highlight a democratic process. Students responded well to the opportunity to take part and discuss the core issues.

You can see the short informative film made by the BACA Broadcasting Company (BBC) supported by Media teacher, Mr Misenti, by clicking here. 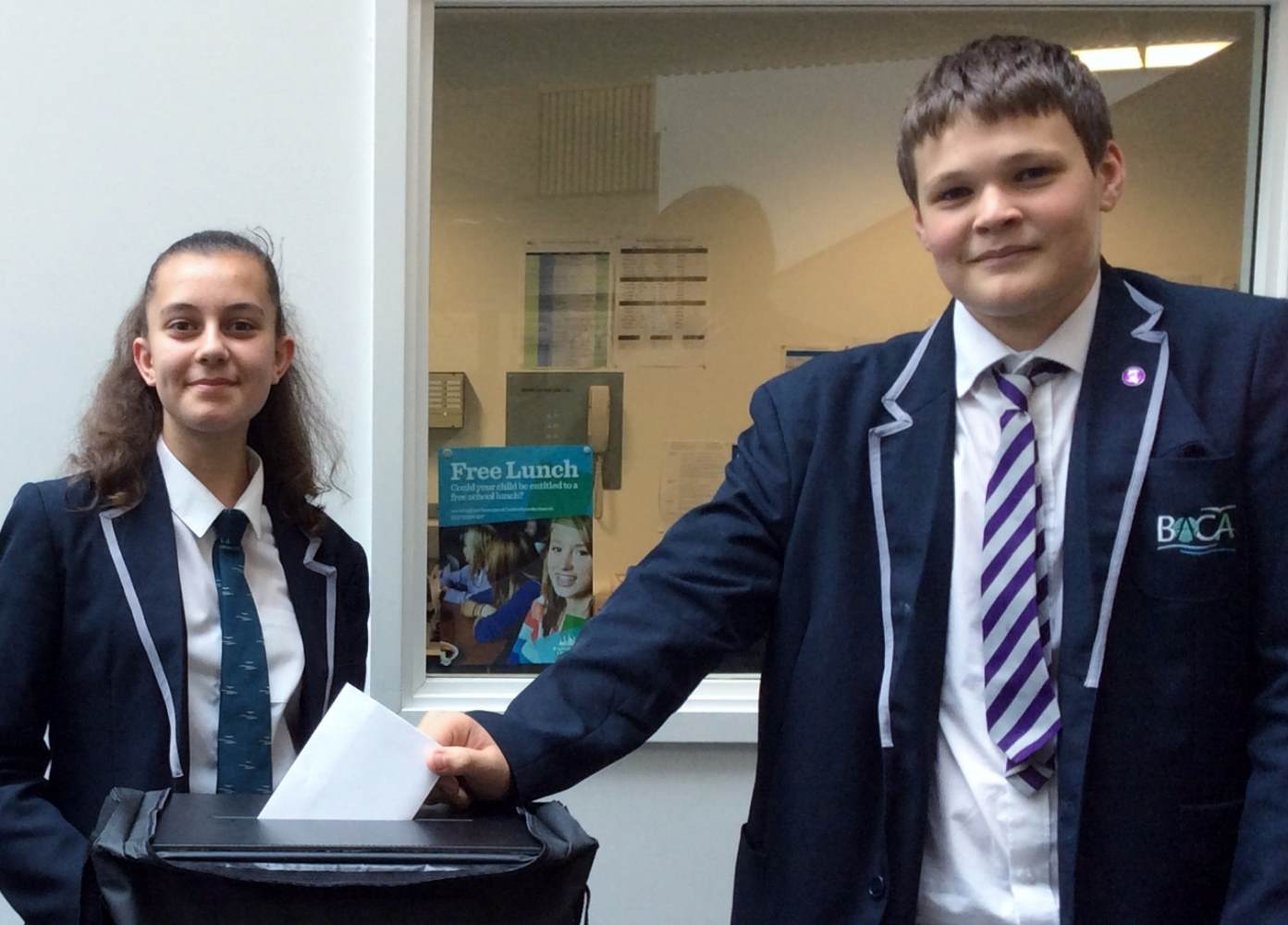