A Year of celebration again for BACA Cricket

As we approach the end of another challenging year for cricket we have a lot to be very proud about at BACA. The last few months have seen notable achievements that have provided much celebration and hope for the upcoming year.

Firstly, our supremely talented coach, Georgia Adams, had another stellar year. In between coaching our Year 7-13 BACA Cricketers, Georgia has admirably juggled the new demands of being a professional cricketer. The Southern Vipers achieved fantastic results yet again which culminated in another Rachael Heyhoe Flint Trophy as well as international call ups for several players. Georgia led from the front with both bat and bowl and has become one of the best captains in domestic cricket. A highlight for Georgia was opening the batting in The Hundred for the Oval Invincibles who were inaugural winners in front of a crowd of 17000 (a domestic record) at Lords in August. It is no surprise that she has been training every weekend this winter at Loughborough with England A in preparation for a potential trip to Australia in January as well as achieving several county and national award nominations. The experience Georgia brings to her coaching role at BACA is invaluable and it is clear the players are gaining so much for her expertise and superb coaching skills. 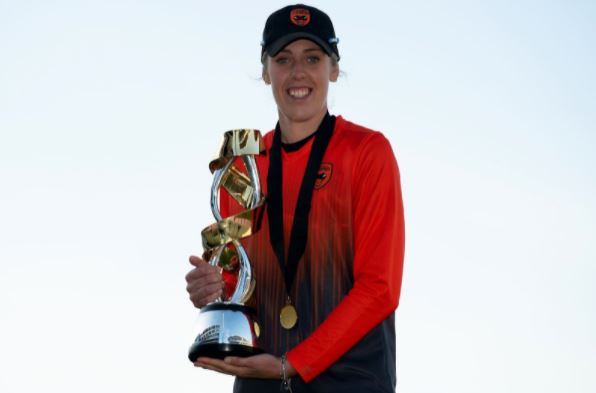 One player who has benefited from Georgia and the rest of the coaching staff at BACA is Frankie Cripps. An exciting talent who joined BACA in the first year of the Junior Cricket Pathway has just been named in the Sussex Cricket Academy for 2022. He is one of only 9 players to be included in this elite group who will be led by newly appointed Academy Director, Mike Yardy. He has shown excellent determination and resilience in particular this year managing a back injury yet still managing to put in excellent performances with the bat as well. Frankie has trained with the Sussex Professional squad as well around his studies at BACA this term and he is beginning a potentially exciting journey in elite cricket.  You can view the full article here.

The BACA Junior Cricket Pathway has gone from 3 cricketers to 18 in just three years. Each cricketer experiences at least 4 hours of high level coaching each week in and around their curriculum making such a unique programme for any cricketer not just those at a state school. The partnership with Sussex Cricket, which states BACA as their state school of choice for young cricketers, goes from strength to strength with weekly coaching sessions and other interactions with the professional players and staff throughout the year. The well established Aldridge Cricket Academy for sixth form cricketers has now catered for over 120 cricketers since 2013 and with many of the players on the Sussex Pathway the strength in depth continues to build and provide the students with great opportunities to train and play with a very talented group.

The visit of the legend, Shane Warne, in October was a highlight of the year. BACA's cricketers took part in a once-in-a-lifetime masterclass run by Shane Warne, one of the greatest cricketers of all time. Shane, one of the best spin bowlers ever to play the game and now a coach and commentator, took the masterclass at the Sir Rod Aldridge Cricket Centre at BACA.  Shane Warne was accompanied by Jimmy Adams, ex Hampshire opening batter, providing the students with a unique coaching team for the day. 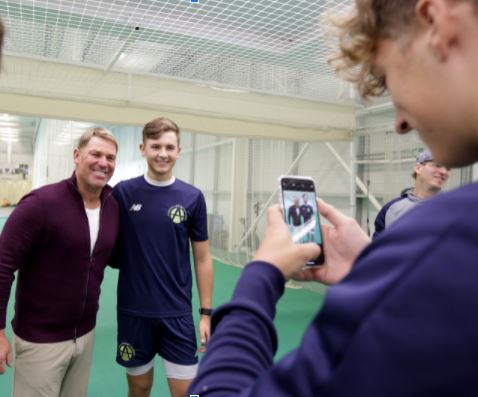 BACA's strong spin-bowling contingent from Year 7 to Year 13 were treated to an introductory talk and then a fantastic workshop, with each individual receiving feedback and tips from the legendary bowler. After some opportunities for questions and signing of books and equipment, and a photo of all BACA's cricketers and coaching and management staff, Shane led a further Q+A session in the cricket centre. The full article and video can be seen below.

In late November, BACA was named Top 100 School 2022 in the UK by The Cricketer magazine making it three awards in a row. It is a great honour to be one of only 7 non-selective state schools in the 100 and there are now over 40 cricketers experiencing this unique programme at BACA. Another exciting aspect of our cricket provision is our developing relationship with the city centre club, St Peters CC. The club with many teams for men, women, boys and girls, they are a fully inclusive club based at the Preston Park Velodrome. They utilise our fantastic facilities for both indoor training and outdoor matches as well as supporting our Junior Cricket Pathway with both past and present BACA students at the club. St Peters enjoyed a fantastic season with record numbers of juniors playing as well as reaching the Sussex T20 Cup Final at Hove which saw hundreds of supporters, including BACA staff as shirt sponsors, take over one corner of the ground creating a superb family-friendly atmosphere.

After reflecting on all of these rewarding achievements and exciting developments, and with our players and coaching staff showing such skill on and off the pitch, there is such a lot to be hopeful for as we enter 2022.