We would like to welcome you to our Local Governing Committee who are responsible for ensuring that BACA provides a high-quality educational experience.

You can view our Governors' Register of Interests here.

We are currently looking to recruit new Governors for Brighton Aldridge Community Academy.

BACA’s mission is to ensure all BACA students benefit from an excellent education, secure great qualifications and develop into young adults who are the first choice recruits for universities and employers.

We inspire each of our students to take control of their education as they develop the knowledge and skills they need to follow their passions into a successful future. Through encouraging an entrepreneurial mind set, we enable students to thrive in today's rapidly-changing technological world.  We teach students to be innovative and resilient through promoting the Aldridge Attributes of teamwork, creativity, passion, problem solving, risk taking and determination in all aspects of Academy life.

We are particularly interested in hearing from people who have a strong business background to complement our entrepreneurial values and who have time, capacity and availability to assist with our local governance committee meetings, exclusion panels and appeals.

If you are interested and would like to ask more questions or talk to our Chair about what being a governor involves, please email Deborah Harvey, the Clerk to the Governors, at d.harvey@paca.uk.com who can arrange this.

Jim May - Chair of Governors

Jim lives in Brighton and after serving as Governor at BACA for six years was appointed Chairman of the Local Governing Committee in May 2017. He is very keen that young people are given the best opportunity to succeed in life.

With a background in banking, Jim has many community links in the City and in Sussex. He was Chairman of Shoreham Port, as well as serving on Boards in the NHS and a law firm, and is Deputy Lieutenant for East Sussex.

Jim stood down as Chairman of Sussex Cricket after eight years in 2017 and is very pleased that BACA has a specialism in sport.

Simon lives and works in Brighton and wants to contribute to his local community. He has been a governor at BACA since 2011 and seeks to support the academy in its drive to be an excellent place to learn and teach.

Simon was previously a history teacher in Brighton and now works at the University of Sussex as the Director of Initial Teacher Education. He is particularly committed to securing the best possible experiences and outcomes for all pupils whilst ensuring that teaching and learning remains engaging, challenging, meaningful and fun.

David started his career teaching History and Politics and later ICT at Chichester High School for Boys in 1981, during which time he wrote two History text books. In 1997 David became Deputy Head and then Acting Head in a School in Wigan.  In 2001 he became Head of Ratton School in Eastbourne.  Whilst at Ratton he became a School Improvement Partner and a Local Leader of Education. During his time at Ratton they had four “Good” OfSTEDs, became the most popular school in East Sussex and gained national recognition for their values based approach to Education.

In 2008-2009 David was seconded to the DfE as a standards advisor in the one-to-one tuition programme.  He joined the TKAT Multi-Academy Trust in January 2014 as a Director of Education with responsibility for schools in West Sussex and Hampshire.

Sue is a project manager who over the last 20 years has worked in Housing, Health and Social Care and latterly in Education. She has worked with the Aldridge Foundation on projects including UTC@harbourside and with the Baker Dearing Trust supporting London based UTCs to open. More recently she supported Ada, the National College of Digital Skills to its opening. She has been tracing her family tree and one half of whom are from Brighton which helps to explains her love of the city!

Steve is a project manager for KSD Support Services where along with his role as Project Manager, he looks after the apprentices from the Construction Academy.

He started out in the science sector after leaving sixth form in Newhaven.  He studied Civil engineering at Brighton Technical College and later moved into the building industry in the mid-nineteen eighties.

He previously served two four-year terms as a governor of his local primary school in Newhaven and is a serving Councillor for both Newhaven and Lewes District Council, since 2007.  Steve has been Mayor three times, for his town of Newhaven.  He is a trustee of the CTLA Community Transport for the Lewes Area and helps many local community, sport and charity groups.

The chance to work with students in a working environment and help develop their skills, is what first attracted him to the academy and he is looking to work with the staff and student to find innovative ways to improve opportunities within and after education at BACA.

Teresa is currently a doctoral researcher at the University of Sussex investigating visual development in infants and children. She previously studied at University College London (UCL) and has an educational background in Psychology and Paediatric Neuropsychology. She has substantial experience working with infants and children in various settings including in research, hospitals, schools and the community. She wants to make a positive impact for all the students and staff at BACA and is keen to help the community.

Rachael Taylor has lived in Hove since 2008 and she has a son who attends PACA. She works part-time at Solent University teaching the degree Fashion and Beauty Promotion. Locally, she is involved with organising workshops and events focusing on sustainability, well being and social change.

Her aim as a governor is to encourage an inspiring environment that enables the full potential and well being for all students. 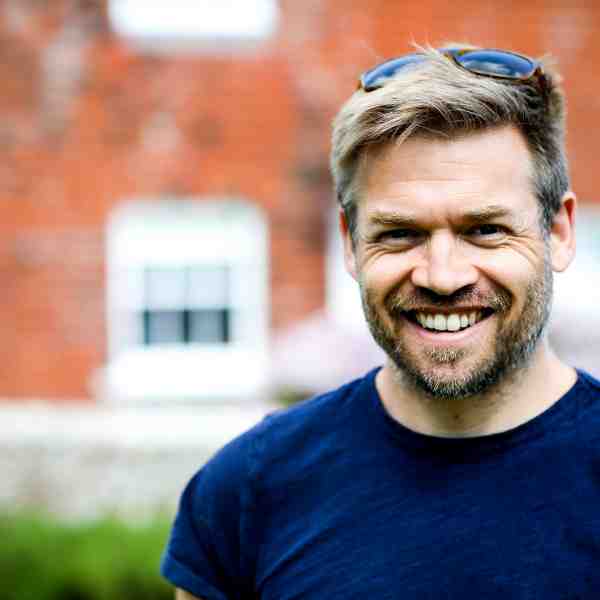 Toby lives in Lewes and works as Head of Farm for the educational charity Jamie’s Farm, based just outside of Lewes. Jamie’s Farm acts as a catalyst for change, enabling disadvantaged young people to thrive academically, socially and emotionally through a unique residential experience and rigorous follow-up programme, combining farming, family and therapy. Previous to this role he has held for the last 5 years, Toby was part of a Senior Leadership Team for a London Secondary School.

Toby wanted to share his experience working with pupils and secondary schools from across the country, to help the community he is now part of. He is extremely passionate about pupil well-being and believes that all pupils deserve the same opportunities in life, no matter what their circumstances are.

Alison started her career in education as a childminder in 2000.  After a few years she felt she could make a bigger impact in secondary education and became a cover supervisor in a school in Newhaven.

It was there that she trained as a childcare teacher and moved to BACA in 2014 to work in childcare and alternative provision.  Alison became a governor after realising she needed to get more involved to be able to make the difference she wanted to achieve.

Warren manages Moulsecoomb Forest Garden Project which has been offering an outdoor education to pupils, adults with learning disabilities and others for over 20 years. He is Chair of the Bevendean community pub, a governor at Moulsecoomb Primary, director of East Brighton Trust and on the business panel of Power to Change, a lottery funded programme that supports community business.

Kelly is a qualified level 2 teaching assistant and is currently at college studying Cache level 3 in Supporting Teaching and Learning. She has also completed courses in Autism awareness, positive handling in schools and complete child protection and safeguarding.

Kelly is keen to expand her knowledge in child welfare and is currently studying courses in this area alongside her college course. A mum to four children, one who has moved on from BACA to college education and one who is a year 7 student .The other two attend a local primary school.

She became a parent governor to support BACA in delivering a high standard of education for the local children, giving them every opportunity to excel in the future.

The following served as governors during the year 2018/19 but have subsequently stood down from the Local Governing Committee:

If you would like to contact anyone from the Local Governing Committee, please email Abigail Healy, Executive Assistant to the Principal ahealy@baca-uk.co.uk.